Crash Landing On You tells the story of a wealthy heiress (Son Ye Jin) that crash lands in North Korea while paragliding. She then meets a North Korean officer (Hyun Bin) who tries to help her by hiding her, and they eventually fall in love.

Son Ye Jin plays they wealthy heiress Yoon Se Ri. She is a bit spoiled and high-maintenance, but she has a very kind heart as well as a bubbly personality. She does her best to adapt to her difficult circumstances, but she has a lot of challenges to face in order to get back home.

Hyun Bin is the North Korean officer Ri Jung Hyuk. He stumbles upon Se Ri and ends up taking her in and hiding her with the help of his men. He comes off a bit unconcerned at first, but he’s actually a very good man who goes to great lengths to protect Se Ri.

Now, I honestly didn’t love this drama to the extent that many people seemed to, but it was still a good watch for me. I liked the unique premise of a South Korean woman getting stranded in North Korea and being aided by a soldier. I always enjoy a little co-habitation hi-jinks too, and that’s what we get here.

The star-crossed romance between Jung Hyuk and Se Ri was an emotional one. We started with some cute bickering and then watched their feelings for each other grow. Son Ye Jin was very fun and lively here.

This is also easily one of my favorite roles of Hyun Bin. He frequently plays characters that are a bit stoic, and this was no different, but Jung Hyuk had this sweet, softness to him that Hyun Bin nicely brought out. It made for a really great character. I enjoyed this duo’s scenes together quite a bit.

We also had quite a few really fun supporting characters with the other soldiers helping Se Ri as well as the North Korean townspeople. They added plenty of laughs to the drama as well as nice helping of heart.

I sadly didn’t much care for our secondary leads of Seung Jun (Kim Jung Hyun) and Dan (Seo Ji Hye) though. Seung Jun was mildly amusing at times, but I didn’t really like him, and Dan wasn’t particularly likable either.

They also didn’t get a lot of screen time initially which didn’t allow me adequate time to connect with them. They do finally develop their stories later in the drama, but it was a bit too late for me. 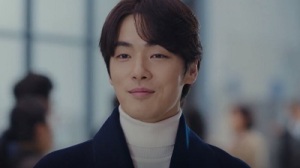 I wasn’t really feeling anything going on in South Korea either. Most of those characters were Se Ri’s family who were just greedy and unlikable in general. Luckily, there wasn’t a lot of time spent there in the first half of the drama. SPOILERS: Of course, that changes when Se Ri, Jung Hyuk, and the soldiers make it down, and then we get a lot more time there. END OF SPOILERS 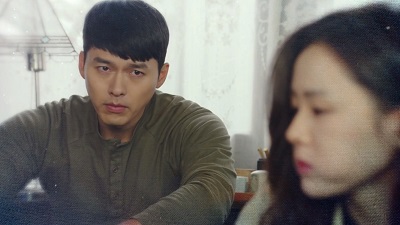 I think the biggest drawback for the series was the really long episodes. They start out long and just get longer as the series goes on. Multiple episodes are over one and half hours with the finale clocking in at a whopping one hour and fifty-one minutes! I believe that’s the longest episode of a drama I have ever watched.

This all resulted in a lot of plot filler with the overall pacing suffering as a whole. We do get a fair amount of fluff too. While the story itself was quite good, it felt like the plot sort of moseyed along. For a while, we just go several rounds of Se Ri attempting and failing at returning to South Korea.

SPOILERS: Then when Se Ri finally makes it back to South Korea, we still had a lot of the series left, and I felt the show lost a lot of steam despite some decent plot developments towards the end of the drama. The highlight during this time for me was our lovable crew of soldiers adjusting to life in Seoul. It provided some great humor as well as some very endearing moments. END OF SPOILERS

These things probably won’t be an issue for you though if you fall in love with all of the characters, the atmosphere in the drama, the excellent overall production, and the epic romance at its heart. 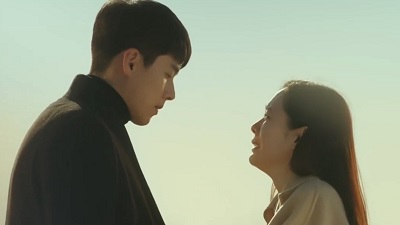 Crash Landing On You had a good mix of romance and humor along with the more serious plot of Se Ri in hiding and constantly at risk of being discovered. There’s a big baddie out to get her and Jung Hyuk who causes plenty of trouble too.

At about that third of the way through mark, we really start to have some big relationship developments happen between Jung Hyuk and Se Ri. Their relationship was the focal point of the drama, so this was a great thing.

Lots of emotions become involved as they face the difficulties of their situation and a love that seems impossible. There are some wonderful scenes that showcase their star-crossed love and raw emotions combined with an excellent soundtrack to enhance everything.

While it had its issues for me, there was plenty to enjoy with Crash Landing On You. With a grand romance and plenty of swoon-worthy moments, there are lots of feels to be had as well a fairly unique plot. It received an immense amount of love from fans, so those who are considering it should definitely give it a look.

Greetings! I’m Kay, creator and author of Kdrama Kisses. Kdrama Kisses is dedicated to bringing you the latest in kdrama casting news, drama trailers, reviews, and more. Happy drama watching to everyone!
View all posts by Kay →
This entry was posted in Reviews and tagged Crash Landing On You, Hyun Bin, kdrama, Korean Drama, Son Ye Jin. Bookmark the permalink.

38 Responses to Crash Landing On You Korean Drama Review