Nokdu Flower is set in 1894 during the Donghak Peasant Uprising and follows the story of two brothers who end up on opposite sides of the conflict: one is the legitimate son (Yoon Shi Yoon) born of the father and his wife and the other (Jo Jung Suk) is born of the father and a slave.  They also get involved with a peddler (Han Ye Ri) who gets in the middle of the conflict. 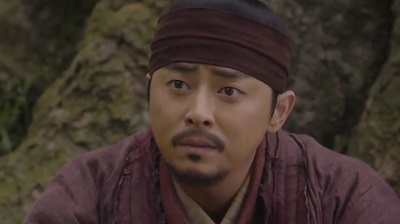 Jo Jung Suk plays Baek Yi Kang. He is the oldest son of the family, but since he is born of a slave, he doesn’t enjoy the same rights as a legitimate son. He carries out his father’s bidding though and has a reputation for being tough around town.

Yoon Shi Yoon is Baek Yi Hyun. He is Yi Kang’s younger brother and the legitimate son of the family. He is a kind, smart, and moral man who cares for his older brother and treats him nicely despite his status.

Then we have Han Ye Ri as Song Ja In. She is the daughter of the head of a large peddler group and carries out the business too. She is calm and intelligent and becomes deeply involved with everything going on during the uprising.

Nokdu Flower was a pretty anticipated drama for me. I’m always up for historicals, plus Yoon Shi Yoon is one of my favorite actors. Then we’ve also got Jo Jung Suk and Han Ye Ri who are both excellent.

And not to leave out the amazing supporting cast. This is one of those dramas where almost everyone is recognizable, and the amount of talent these actors have is through the roof. 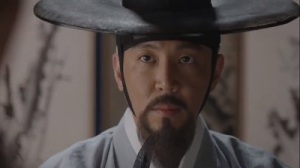 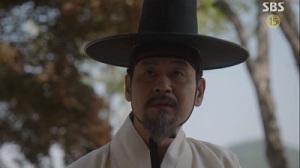 This definitely isn’t the usual kind of historical I go for though as I tend to like more of the fusion sagueks while this is much more realistic with a very somber tone to it. The drama did take me about five episodes to really start warming up to it.

The story drops us right into the middle of a lot going on while also having to set things up and introduce us to the characters and all of the dynamics at play. It’s a lot happening.

The plot moves ahead quite briskly leaving little chance to really take it in. The story itself was good, and I was slowly taking interest in the characters, but I wasn’t exactly engaged with the series yet. 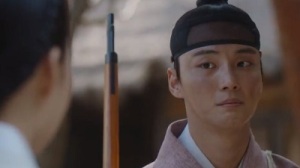 But finally, things seemed to click with me. I began to adjust to the overall tone of the show and was very interested to watch this story that is based on real historical events surrounding the Donghak Peasant Uprising (with fictional happenings added in too of course).

Nokdu Flower is fairly unique as historicals go since the story is more centered around average people rather than royalty and palace politics. So if you’re interested in seeing something a bit different, Nokdu Flower is a nice change. 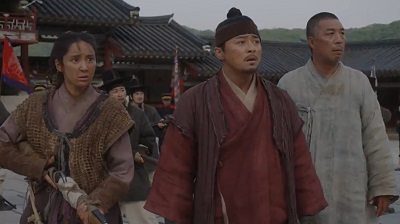 Now there is still a fair amount of military plotting as the nobles and army are pitted against the peasants during the uprising. Lots of battles and war type stuff. Definitely not my usual cup of tea.

But once I settled into the tone of the show and got more in depth with the characters, I did become more invested. Though even though this is a highly emotional story, I didn’t get very emotionally engaged myself until towards the end of the series. I think it’s more just because it’s not a favorite style of drama for me rather than any particular weakness of the show.

One other complaint I do have about the drama though was the lighting. This show isn’t just figuratively dark, it’s literally dark. A whole lot of scenes take place at night from conversations, to plotting, to action, and those scenes just weren’t lit that well.

It makes it harder to appreciate the action as well as see the emotions on the characters’ faces. I really wish they would have done better with the lighting considering how many night scenes there were.

The daytime scenes were perfectly fine though. Excellent cinematography and depictions of some very large scale battles were certainly a feast for the eyes. We get to see a lot of the weapons of the time and how more advanced weapons were changing the way battles were fought.

One of the most interesting elements of the show is the conflict between the two brothers Yi Kang and Yi Hyun. With Yi Hyun being the legitimate son and Yi Kang being born of a slave, they live very different lives and are treated differently by their father. Despite that, the brothers have a good relationship.

All of that begins to change with the peasant uprising though. Yi Kang ultimately joins the Donghak group responsible for the uprising while Yi Hyun enlists in the military. The two men set off on different paths that change their lives. 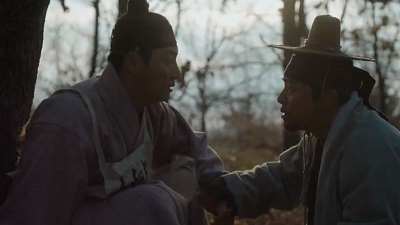 Because of this, we don’t actually get a ton of scenes with the brothers together. This was disappointing since I was always very captivated by them when they were together, and their relationship was just so intriguing. The scenes we do get of them together were some of my favorites.

On their individual journeys, Yi Kang seems to improve in character as his life has new meaning, but Yi Hyun in thrown into the midst of battle and witnesses the atrocities of war. This sends Yi Hyun down a very dark path that was truly difficult to watch. 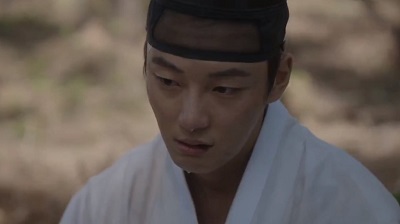 And what a performance by Yoon Shi Yoon! As a favorite of mine, I already know what an amazing actor he is, but this was another nice addition to his resume. He really captures the inner turmoil that Yi Hyun goes through as he struggles with morals, PTSD, and his entire world changing. I just felt so bad for what he went through and what he ultimately became.

The drama does have a dash of romance with both Yi Kang and Yi Hyun having a love interest, but those stories are both very much smaller subplots of the show.

Nokdu Flower also eventually takes us into the beginnings of the Japanese occupation which adds a whole other element to the story. This early part of the occupation is still a fairly unique setting for dramas. Last year’s Mr. Sunshine was also set around this early period.

It’s a tumultuous time of rapid change that literally turns the world of Joseon upside down with everyone scrambling to adjust. And if things weren’t serious enough before, they go to a whole new level at this point.

Those latter episodes of the drama are absolutely gut wrenching to watch as we see the Joseon people attempt to take back their country from Japan. They are at a complete disadvantage without the weapons needed to stand a chance in the fight.

The battles are horrible to watch as thousands of people are slaughtered in one battle after another. A good chunk of this is shown on screen and is definitely not for the faint of heart. It is inspiring to see that the Joseon people just won’t back down though. Of course, we know from history how it all ends.

Nokdu Flower wasn’t exactly the kind of historical I usually go for because of the strong military elements, but ultimately, I warmed up to it. It’s well-written with good pacing, has complex characters, and a vast amount of talented actors. It also tackled a unique portion of history that changed the face of Joseon. All of these elements came together to make for a pretty solid drama.