New Korean Dramas Making Their Way to Viki in January

Viki has plenty of new dramas to enjoy to start off the new year. We’ve got legal, body switching, family, romance at a chicken restaurant, and a historical. Let’s see what they have to offer in January:

Stars: Yoo Joon Sang, Lee Shi Young, and Oh Ji Ho
After graduating high school, Poong Sang got a job at a repair shop. He needed to learn how to keep his head down and lead a frugal, diligent life because he was a loving brother who had four other siblings to take care of. Even now when he is a 47-year-old man who has a family of his own to support, Poong Sang is willing to do anything for his siblings. However, his wife has had enough. When she sees her own daughter going off track, she comes to a realization.

Check out Liver or Die on Viki.

Stars: Yeo Jin Goo and Lee Se Young
Joseon is plagued by disorder due to political uprisings and a power struggle surrounding the ruthless King Lee Hun. To avoid assassination, a clown named Ha Sun, who looks exactly like the king, is brought to the palace to be his double. As Ha Sun sits on the throne and fools the kingdom, he begins to fall for the beautiful Queen Yoo So Woon.

Check out The Crowned Clown on Viki.

Stars: Lee Yoo Ri and Uhm Ji Won
The story of two women whose souls switch bodies, giving them chance to live out their dreams and gain new experiences.

Check out Spring Turns to Spring on Viki. 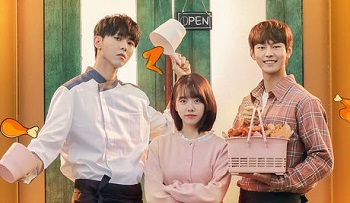 Stars: Park Sun Ho, Kim So Hye, Joo Woo Jae
One day, Park Choi Go, decides to quit his job at a big company and open up his own chicken restaurant at what used to be a bathhouse. Seo Bo Ah, an aspiring webtoon writer who secludes herself in the bathhouse, can’t accept that the building she inherited from her grandfather is turning into a chicken restaurant. To take her inheritance back, she becomes Park Choi Go’s employee along with Andrew Kang, a once promising chef who is now homeless. Can Park Choi Go become the ultimate chicken master and achieve his dream?

Check out The Best Chicken on Viki.

Stars: Park Shin Yang and Go Hyun Jung
Once a distinguished prosecutor, Joe Deul Ho had re-emerged as the hero of the low-class by arising triumphant in the battle to defend the justice for the weak. Nevertheless, he is met with another trial of fate while cruising on the orbit of success by persevering to be victorious in the court that is drenched with conspiracy, deceit, and corruption. Wandering aimlessly after receiving another blow of loss and regret, he soon apprehends the need to withstand a threat on a scale over and above the boundaries of a small town. In the battle that is sharply divided by good and evil, he is given another challenge to discover the truth behind the mystery of the murder of a close friend and the overhanging force of evil, unlike the kind he had faced before. Joe Deul Ho heralds the second act of his life that will require a closer examination of the cause over the effect well beyond the conventional fight for justice.

So which dramas are you enjoying or most looking forward to?