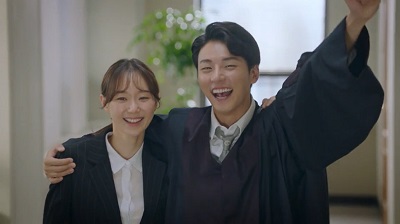 Your Honor (also called Dear Judge) is about twin brothers (Yoon Shi Yoon) who have led very different lives. One is a repeat criminal while the other is a respected judge. When the judge mysteriously disappears, the criminal has to step in to take his brother’s place.

Since legal dramas are very hit or miss for me, my main interest in checking out this drama was for Yoon Shi Yoon. I watched a couple short trailers for the drama, but mostly I didn’t know what to expect going in. And you can count me as pleasantly surprised that I quite enjoyed the drama! 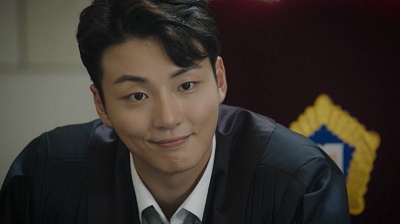 Yoon Shi Yoon plays dual roles as twin brothers Han Kang Ho and Han Soo Ho. Kang Ho is the protagonist of our story. As the younger twin, he always lived in the shadow of his brother who excelled in school and was favored by their mother. This leads Kang Ho to a life of crime and repeated stays in jail. He’s a pretty upbeat guy though who is also very outgoing.

Soo Ho succeeds in life and becomes a respected judge. He doesn’t exactly have the greatest personality though. Honestly, he’s such a stick in the mud! I never really warmed up to his cold and selfish personality. But when circumstances lead him to disappear while Kang Ho needs to hide from the cops, Kang Ho soon finds himself unintentionally impersonating Soo Ho as a judge. Kudos to Yoon Shi Yoon for making me love one of the brothers and really dislike the other!

Lee Yoo Young is Song So Eun. She’s a judicial trainee who ends up working under “judge” Soo Ho. Her life experiences have led her to have a lot of empathy for others as well as having a strong moral compass when it comes to the law. But she’s a bit of an oddity in the judicial world where it’s pretty much a given that money and power dictate the law. 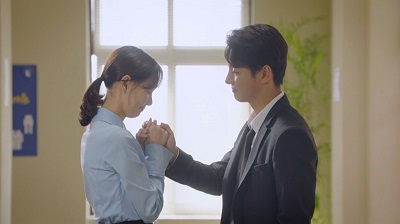 Your Honor really was a great drama on many levels. It had a pretty decent central story to keep me engaged throughout the show. With it being set in the courtroom, it also handles several individual cases which isn’t something I tend to go for. But this actually worked for me for a few reasons.

A lot of the cases spanned a couple episodes which at least gave me more time to get invested in them. Plus, a big thing was that the cases were very emotionally engaging. Most of them drew my interest and kept me invested in the short amount of time they had.

Another reason this worked for me ties into the main story. There is a lot of corruption going on behind the scenes and many of the cases were connected to this plot line. That’s a big selling point since it creates a much larger story. 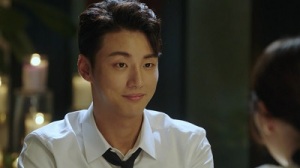 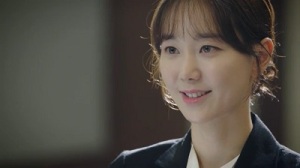 The cases were also very important to Kang Ho’s growth as a character. He starts out as a low rate thug looking to better his bad hand in life through quick money. And when he suddenly finds himself judging cases, he doesn’t really see the people, only the case itself and how the law should apply to it.

But despite his surface appearance, Kang Ho has a really good heart. With the help of So Eun, he begins to learn that each case greatly affects someone’s life. Things aren’t always simple when it comes to the law and what is appropriate punishment. We get to see Kang Ho grow as a person and want to use his newfound power for good.

There’s also part of the story running throughout the drama concerning someone out to get Soo Hoo which is why he disappears in the first place. Luckily, all of these elements blended together quite nicely to make for an all around solid drama.

The relationship between the brothers Kang Ho and Soo Ho is quite strained. These twins do not get along in any sense of the word. They have such a strong dislike for each other, and their mother is right in the middle of it adding to the problem. This really is a dysfunctional family! They don’t get a lot of screen time together, but the brothers remain at odds for the bulk of the show. 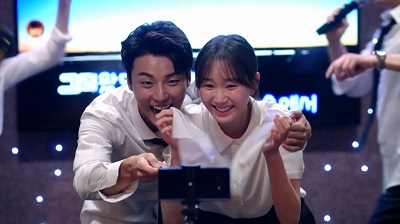 I was very surprised that I ended up with such a sweet little romance in Your Honor! Kang Ho and So Eun were such a cute couple. Kang Ho quickly relies on So Eun to help him survive impersonating a judge while So Eun becomes a bit captivated by Kang Ho being such a different “judge” who frequently does unusual but honorable things.

They grow close along the way and just have such a sweetness to their relationship. And this is one of those times where he is a genuine nice guy to her almost right from the get go. No bickering their way to love here. Just lots of cute! 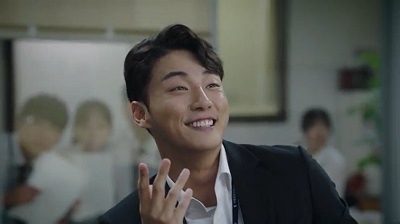 Your Honor also contains a fair amount of humor. Much more than I expected. Now a good chunk of this does come from Yoon Shi Yoon. His comedic abilities are on full display which was not something I was expecting in a legal drama. Kang Ho has a lively personality that’s very bold and funny.

Something that potential viewers of this drama should be aware of is that Yoon Shi Yoon uses a very exaggerated comedic style, and he really goes all in here. He makes such an array of crazy faces with exaggerated mannerisms to fit his character. Really, he’s a complete ham! Not everyone will like this style though. 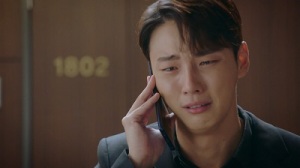 I personally absolutely love him and his comedic style. He made me laugh so much which is not something I do easily with dramas and especially not of the legal genre. The drama itself is definitely a good drama, but for me, he made it great. If this is a concern for you, he does tone down somewhat as the drama progresses. He’s definitely still making his crazy and excited faces, but it’s a little bit less.

But as I always say with Yoon Shi Yoon, as much as I love his comedy, he is also very talented when it comes to being serious. He is so genuine and endearing in a way that really touches my heart. He packs in the emotion and gives it everything he has to deliver an intense performance that is so compelling.

I also really liked Lee Yoo Young’s character So Eun. She’s soft spoken and such a kind woman with a big heart, but she has an inner strength that really shines. She knows how to speak her mind while at the same time still being conscientious of others. She was a fantastic character that Lee Yoo Young played beautifully!

So, Your Honor ended up being one of those pleasant surprises. In a genre that’s difficult to impress me, it completely won me over. I loved the characters and was very interested in the story. It doesn’t do anything particularly different, but it made me care and kept me engaged all the way through. That’s pretty much what I want from a drama.