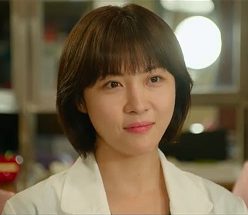 Well, this is disappointing news. It looks as though Ha Ji Won (Hospital Ship) has stepped down from her role in the upcoming spy thriller Prometheus. She was set to star alongside Jin Goo (Untouchable) for this big budget drama. The reason for her departure has not been revealed yet, but it was confirmed by her agency. So now we will be needing a new leading lady to take on the role.

Prometheus is an action spy drama about a North Korean military officer (Jin Goo) who ends up working in South Korea and a NIS agent who goes undercover to work on the denuclearization of North Korea. It comes from the PD of other action dramas such as IRIS and Chuno.

Prometheus is looking to air sometime in 2019 on MBC.