Are You Human Too? Korean Drama Review 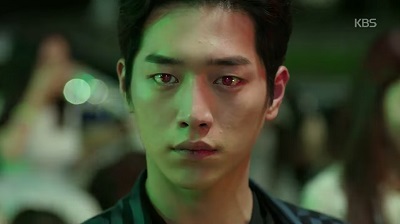 Are You Human Too? is a sci-fi melodrama about a robot (Seo Kang Joon) that is brought in to impersonate a chaebol heir who is in a coma during a corporate power struggle.  He develops a close bond with his bodyguard (Gong Seung Yeon) as he learns about humans and discovers who he is.

Seo Kang Joon plays dual roles as the the human Nam Shin and the robot Nam Shin III. Human Nam Shin was taken from his mom when he was young and was raised by his rich and greedy family. And this resulted in him being a pretty selfish and hot tempered man. But an accident lands him in a coma which jeopardizes his position as well his entire life.

Nam Shin III was made to fill a hole in his mom’s heart for her real son. And he is such a kind and lovable robot who seriously likes his mom and wants to please her. He also wants to protect humans and has a habit of hugging them when they cry. So when he is directed to impersonate human Nam Shin, he jumps right in and does what he can to protect human Nam Shin’s life.

Gong Seung Yeon plays Shin’s bodyguard So Bong. Life has thrown her a couple curve balls that has resulted in her doing what she can to make some extra cash. Even if it’s by less than honest means.

I like that her character is different from many female leads with her being a bodyguard as well as being a bit cynical and out for money in the beginning. But she’s a good person, and it was nice watching her slowly open up her heart and eventually become Shin III’s biggest advocate.

Lee Joon Hyuk is Secretary Ji Young Hoon. He’s human Shin’s right hand man and also steps into that position for Shin III. He’s incredibly loyal to human Shin which creates some confusion for him as he grows closer to robot Shin III.

We have our greedy villain Seo Jong Gil (Yoo Oh Sung) who is out to take down Shin and get more power. I always enjoy Yoo Oh Sung’s performances. He makes a great villain and adds little nuances to his character. And this was a perfect example of an entertaining villain that you love to hate. 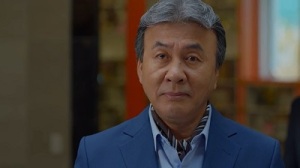 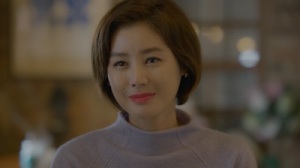 And then there’s Grandpa (Park Young Kyu) who is the head of the company and will do whatever he feels is necessary to protect it, even if it requires putting the company before his family.

Finally, we have Shin’s mom Oh Ro Ra (Kim Sung Ryung). She’s the robotics engineer who created Shin III because she was heartbroken without her son. And when she has the chance to help him, she is willing to do whatever she can, even if it dangerous for Shin III.

I’ve been wanting to check out another sci-fi kdrama since they are few and far between. So Are You Human Too? had me excited on many levels. And lucky for me, I seriously enjoyed this drama!

It ended up being a mix of melodrama and sci-fi with a dash of rom-com. It was a combination that worked well for me. I also got more and more into the show as it went along as the stakes for the characters grew, the tension thickened, and secrets being revealed caused varying levels of trouble. It was a fun ride!

Shin III and So Bong are pretty cute as a couple. He’s the sweet one while she is more cynical in the beginning. It’s an ironic relationship in that the robot is the one who starts to make the human feel and experience love in a way she didn’t know. But that also leads to him learning what love is.

Of course, one of my favorite things in the drama was the exploration of Shin III’s humanity. Does he have feelings? How should he treated? Does his life matter? They make Shin III so easy to root for because of his sweet personality, cute smile, and even an awkward sense of humor. Though just because he looks like a human doesn’t necessarily mean he is like a human. But we eventually start to see that he does experience his own type of robot “feelings” such as when he exhibits a sort of sadness over his mom focusing on the human Shin. 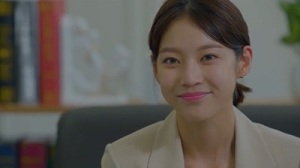 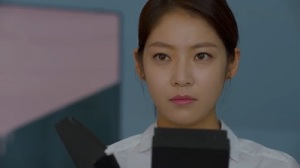 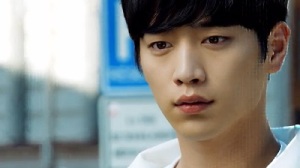 Then he becomes more and more protective over So Bong. He becomes attached to her which we know is him beginning to have these robot feelings for her. He doesn’t “feel” in the human sense, but he begins to develop his own unique robot equivalent. Watching him grow and explore that was lovely to see. But he has to go through some serious challenges as he tries to discover himself as well as protect the ones he cares for. My heart really went out to him!

And So Bong is special because she eventually sees him as his own person. He may not be human, but he is sentient, has a personality, and deserves to be treated respectfully. It’s her treating him as his own person that allows him to also see himself that way and begin to explore who he is. And that eventually leads him to care for her.

But there is ultimately a message that while feelings are important, actions have the ability to carry great weight. Shin’s actions conveyed his “feelings” and values and that is what allowed So Bong and everyone else to know he cared for them. It really is quite beautiful.

There are some interesting family dynamics in the drama as well. Honestly, this is a pretty messed up family. There are also business power plays too. I liked how all of it was laid out, and I was never bored with the business or family stuff.

I will admit the drama is a bit messy in terms of execution though. There are a lot of little continuity errors and inconsistencies in the finer details. Sometimes early on I found it a bit cheesy at times too.

For maximum enjoyment of this drama, you definitely need to turn off the analytical part of your brain. There are so many little things that you need to turn a blind eye to and try not to pick apart. If you can get past that, there really is a lot to enjoy about the story, the characters, and the drama as a whole.

Although there are a ton of interesting relationships I could explore, one that I found really intriguing was that of human Shin and robot Shin III. It’s a tricky situation that these two find themselves in. Of course, none of it is Shin III’s fault. He was created and instructed what to do. Then he always tried to put others first.

Well, human Shin is none to happy that there is a robot running around with his face and pretending to be him. His reaction is actually completely understandable. But Shin is a difficult character on many levels. On one hand, he has a pretty awful childhood and has every reason to want revenge and to be not so nice. He feels abandoned and alone. But this causes him to lash out in some truly horrible ways.

I kept trying and trying to have sympathy for him, but it became harder the more I saw of him. Although many of his feelings were valid, he was just so blinded by them that he couldn’t see the potential good in his life. And the way he hurts everyone around him just became more and more difficult to watch.

I was waiting for that moment where he realized the error of his ways, and well, it took until like the last episode to get it. I’m definitely glad he finally came around and was able to do something redeeming, but I still don’t care for him much, lol. At least he helped save our lovely Shin III so he could be reunited with the woman he loves 🙂

Overall, Are You Human Too? was a fun story that took me on some very wonderful character journeys. The romance was sweet and connected well with the overall story. The show was thoughtful with a beautiful message. I enjoyed it’s melodramatic qualities with a dose of action as well as that it was able to build up the tension more and more throughout the drama. There are a few twists and plenty of excitement all the way through the final episode. And all that makes for a pretty great experience all around.

44 Responses to Are You Human Too? Korean Drama Review