Greasy Melo (also known as Wok of Love) is set at a run down neighborhood Chinese restaurant that is run by a gangster (Jang Hyuk) recently released from prison. A star chef (Junho) who loses his job ends up working at the restaurant and is soon joined by a  privileged chaebol heiress (Jung Ryeo Won) whose family has fallen on difficult times. The drama tells their stories of love and healing with a mixture of romance, action, and comedy.

Junho plays Seo Poong. He is a top chef at a high class restaurant, but his jealous co-workers cost him his job. This is how he ends up in the very unlikely situation of working at a run down Chinese restaurant right across the road that is owned by a former gangster. Suffice to say, he is not very happy about his situation.

Junho was great in this role, and I thought he fit it well. His character is a bit cold and arrogant, but I felt for his situation and wanted to see him succeed. And of course, it was nice watching him soften and grow close to his new crew at that restaurant.

Then we have Jang Hyuk as Doo Chil Sung. He’s our former gangster who is trying to make a better life for himself and his underlings by opening a restaurant. But their lack of skills and know how proves to be a challenge.

This was a fantastic opportunity to see that quirky and comical side of Jang Hyuk. And also that wonderful Jang Hyuk laugh! Jang Hyuk does a lot of serious roles, and I loved seeing him return to comedy. The faces he makes are hilarious as are the quirks he brings to his character.

Chil Sung is a fun and fascinating character for sure. Many times he sports his trademark sunglasses which Jang Hyuk was able to make me laugh at just by his subtle expression and holding his chin up. Gotta love Jang Hyuk! 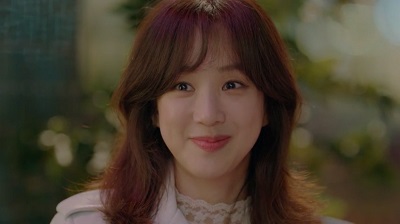 And finally there is Jung Ryeo Won as Dan Sae Woo. She is a privileged heiress who is a ball of sunshine with a big heart. She falls on hard times though after her dad is sent to jail. In order to make money, she soon finds her way to the restaurant.

Jung Ryeo Won was so adorable in this role. Her face just lights up the screen, and she had me smiling so much. She was a nice balance to the guys who tended to be somewhat serious while she was very energetic and happy.

Greasy Melo is such a quirky and off the wall series. There are so many wacky scenarios and conversations. It really was a lot of fun. I loved the whole atmosphere, and it made me laugh a lot.

The characters were just wonderful, and I loved all of the main ones. I really enjoyed Jang Hyuk, Junho, and Jung Ryeo Won, and I thought they were perfect in their roles and fully embraced them. 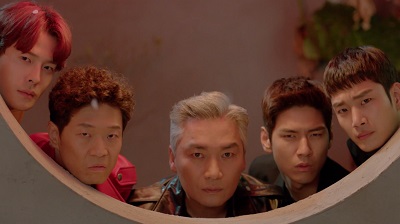 There are a lot of humorous supporting characters too. We’ve got Chil Sung’s band of thugs turned cooks and as well as the new workers at the restaurant. They each have their own quirks to liven things up.

The drama also has a lot of heart. We could be watching something completely ridiculous and then suddenly be hit with a very emotional and impactful moment. I always appreciate when dramas are able to balance such opposite moments.

Then there is our love triangle. Junho and Jung Ryeo Won are the main couple, and they are pretty cute together. Their opposite personalities complimented each other well. They go through several ups and downs together as they support each other through personal issues as well a restaurant issues. They were a fun couple to watch grow close and overcome challenges together. 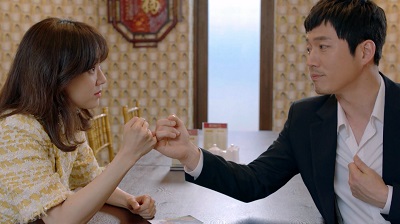 It was definitely an odd change to see Jang Hyuk playing a character that was pining for the girl. He’s always the no questions asked leading man, so this was different having him be the other guy in the triangle.

Although it did break my heart to see his adorable efforts to win over Jung Ryeo Won, Jang Hyuk fans shouldn’t worry too much. Chil Sung is no cookie cutter second lead and is very much an active part of the triangle with just as big a part as Junho and Jung Ryeo Won.

There’s also an interesting bromance between Junho and Jang Hyuk. It’s the fun kind where the duo is at odds for a long time and then sort of reluctantly start working together and warming up to each other. Their friendship was a unique one and was certainly fun to watch.

Now I will point out that the drama does tend to meander around. The story itself is pretty simple with the characters trying to overcome their personal challenges and succeed at the restaurant. And that’s about it. It’s not to say there isn’t stuff going on, it’s just kind of slow going and low key. That also tends to worsen as the drama progresses as the drama sort of loses its way. There are some plot lines that are kind of forgotten too, but for the most part it pulls things together in the end.

As would be expected, there is also a whole lot of cooking in this drama. Be prepared for quite a lot of food to make an appearance. This isn’t a drama that is good to watch when hungry. Every episode features cooking and eating. And the amount of these scenes tends to increase throughout the drama. So definitely be ready for that. I found it to be a mix of interesting and somewhat monotonous. It was nice at first, but the amount of cooking scenes and competitions started to become pretty repetitive in the last third or so of the drama which really slowed things down.

Although, Greasy Melo wasn’t particularly grand, I enjoyed it overall. I liked all of the characters, it made me laugh, and it was simply easy to watch. I found it to be a good drama to take a break from some of the heavier ones. Sometimes simple can work especially with a bunch of quirky characters and wonderful actors to make you smile.