Just Between Lovers tells the stories of people who struggle but persevere in order to make something of their lives.  Ten years ago, a mall that collapsed due to bad construction killed many people and altered the lives of the survivors. A man (Junho) lost his father as well as severely injured his leg and a woman (Won Jin Ah) lost her little sister. As they work on a new building project, they struggle to heal old wounds as they fall in love.

Junho plays Lee Kang Doo. Kang Doo lost everything because of the mall collapse. His father, his dreams, and the chance at a normal life. Now he struggles to get by while living in debt. His situation is just bleak.

He also deals with some severe Post Traumatic Stress from the accident. He’s a very rough around the edges and straight forward guy. But watching him deal with traumatic memories that brought him so much pain and so many tears ripped my heart out.

And honestly, he’s one of those people that one bad thing after another just keeps happening to. He just can’t catch a break in life! It was so incredibly sad to see. And Junho did absolutely wonderful at portraying this character and capturing the intensity of his pain.

Won Jin Ah is Ha Moon Soo. After her little sister was killed in the accident, her family never fully recovered. And she deals with survivors guilt for living when her sister didn’t. The accident also led her down a career path building models for new buildings to identify any problems. This ultimately leads her to cross paths with Kang Doo. 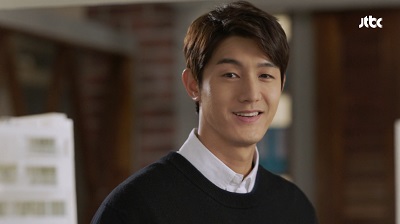 Then we have Lee Ki Woo as Seo Joo Won. Joo Won’s life was also changed by the mall collapse. As an architect at the company Moon Soo works for, he’s always working to prevent a similar tragedy to the one in the past. On the outside, he seems to have everything, but underneath that he is a lonely man who also struggles with the past.

I was a bit disappointed with how his character was handled. I was really interested in his story, and he was an important part of the first half of the drama. But he kind of falls to the wayside in the second half, and his story sort of peters out. Supporting characters ended up with much bigger roles than he did. So I was a bit let down that he wasn’t given more attention.

Just Between Lovers is a sad but beautiful story. The script was well thought out with all scenes and character interactions having importance. The cinematography is gorgeous in this drama. So many shots beautifully depict the landscape as well as the emotional weight of the character’s interactions. The wonderful soundtrack also enhances this. The songs create a hauntingly bittersweet tone that really tugged at my heartstrings.

Just Between Lovers is sort of a slow burn kind of drama. It takes a few episodes to really get everything set up and then it carefully makes it’s way through the story. Despite having a slower feel to it, it was paced really well. There were some times during the latter third that I found a bit draggy, but overall the drama is very engaging.

The love story between Gang Doo and Moon Soo had a very natural progression. Rather than any big theatrics, it developed organically in a way that made each subtle development feel important.

These are two people that are in immense pain, and they feel alone in their struggles. But connecting with each allows them to explore their shared connection and understand that they are not alone in their pain. They each have a lot of issues to work through both personally and as a couple, but their relationship is the definition of a healing one.

Now almost everyone in this drama is experiencing varying levels of misery. Everyone has problems and most are struggling to get through them. Something I really appreciated with this drama was how it handled the topic of past trauma. It doesn’t sugar coat things. Many people expect victims of trauma to just get over it and move on. But this drama shows that these experiences have lifelong effects.

Losing a loved one will always leave a hole in your heart. Traumatic memories of pain and suffering can haunt you and cause you physical pain throughout your life. You also never fully understand someone else’s pain. And even when people do begin to heal, things will never be completely okay again. But for the characters in the drama, it meant that they needed to work even harder to be happy. It was all portrayed so achingly true to life. 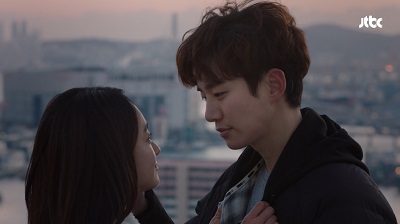 Just Between Lovers told it’s story beautifully. It’s depiction of trauma and healing was heartachingly real. But even in the midst of tragedy, life does goes on. And those struggling need others to reach out to them and show them that they are not alone.

They may not be able to heal all their wounds, but it’s better to have someone to share that pain with and to ease the burden if only by a small amount. Knowing you are not alone can make all the difference.