Andante is a coming of age story about a high school student (Kai) who moves to a town in the countryside that has an unusual preoccupation with death.  As he learns about the town and its residents, he slowly matures as he falls in love and begins to reflect on life.

Andante is such a charming story! This underrated drama shines in its simplicity and thoughtfulness. In a world of flashy and exciting dramas, Andante goes against the grain. Now don’t get me wrong, I like those more high end and trendy dramas too, but there’s just something endearing and beautiful about a simple drama that gets back to the basics.

The story itself isn’t anything revolutionary, a high school boy coming of age and learning about life, but it’s execution is wonderful. The drama has such a low key and understated feel to it that I found incredibly warm and cozy. I just enjoyed experiencing this little town and its people.

EXO’s Kai plays our lead Lee Shi Kyung. He’s immature, self absorbed, and loves to play video games, but he has such a good heart. He’s less than thrilled to move to a rural town, but interacting with the residents changes his perspective on life.

And I really loved Kai in this! He fit this character so perfectly and made him feel like a real teenager. Despite his immaturity, Kai added an awkward charm to him that was completely endearing. Shi Kyung really is a warm character. He’s naive and pretty clueless, but he has such a big heart and genuinely wants to help those around him.

His smile was so bright and his tears were so heartbreaking. He’s just a character that’s easy to love. Having previously only seen Kai’s acting in one 10 minute episode of the web drama 7 First Kisses, I was so thrilled at how much I enjoyed him in Andante. 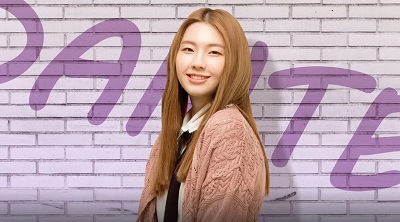 Kim Jin Kyung plays Kim Bom. She’s a mysterious student in the town who tends to keep to herself. Shi Kyung takes a quick liking to her, and she finds herself drawn to his positive energy. Getting to know him and his family give her the opportunity to experience life in a new way. 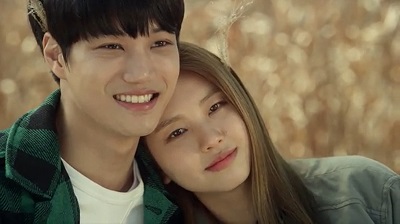 Shi Kyung and Bom are an interesting couple. They are polar opposites personality wise. She’s jaded and withdrawn while he’s outgoing and wears his heart on his sleeve. But the simple fact that they liked each other and wanted to learn about each other was enough to draw them close and create a meaningful relationship.

Shi Kyung helps Bom to come out of her shell and experience having people who care for her. And Bom helps him to take some responsibility and think about his future. I greatly enjoyed watching this couple. 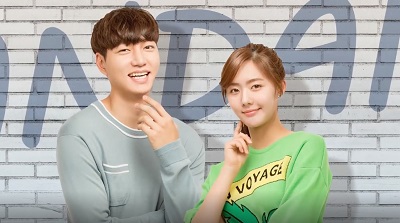 Andante is one of those dramas with wonderful supporting characters. One of our other teens include Shi Kyung’s sister Shi Young (Lee Ye Hyun). She’s stubborn, hot headed, and always makes her opinions known. She is definitely a force to be reckoned with!

Another is Shi Kyung’s closest friend Ga Ram (Baek Chul Min). He’s kind, level headed, and dependable. He’s a nice grounding presence for Shi Kyung as well as for Shi Young who he has a developing romance with. They are another opposites sort of couple who just seem to balance each other out.

We then have Shi Kyung’s Mom (Jun Mi Sun). Things have been a struggle for her, and her children have left her quite frustrated at times, but she loves them dearly and wants the best for them. She hopes the move will help with that.

And Grandma (Sung Byung Sook) is the one who takes in the family when they move to the countryside. She’s feisty and will always tell it like is. But underneath that, she is extremely nurturing and with a heart of gold. I enjoyed both of these ladies immensely. 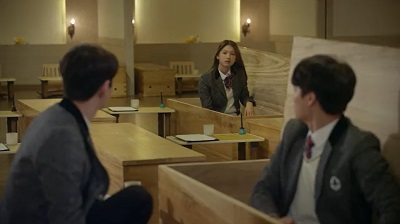 I was in for a bit of a surprise with Andante. Although I knew the town had a greater than usual focus on death (note the creepy coffin filled classroom above where students contemplate their funerals and death), it turns out it is a teen drama with a hefty side of medical drama. And what’s worse than a medical hospital drama? A medical hospice drama! 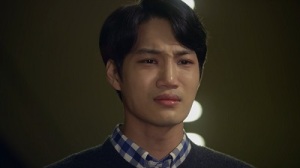 The show deals with a lot of end of life issues because a hospice facility is one of the primary settings and just about everyone in town is involved with it in some way. At least in a traditional medical drama more people usually live than die. But when a hospice is involved, everybody dies! So yeah, a lot of the subject matter is on the sad side. It’s not overly depressing or anything, but I would bring the tissues.

The drama did very well at depicting death as another part of life. It wasn’t something to be afraid but rather to show what’s important in life. The people who are dying aren’t dead yet and deserve to be happy during their remaining time while others need to realize what matters to not only themselves but those around them. Every day is precious and you should never take life for granted. 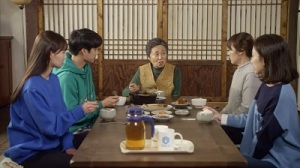 But at its heart, Andante really is a coming of age story. The drama deals with so many different relationships between the characters. It really fleshes them out, and they all felt satisfying. The hospice also serves as a setting for our characters to deal with a variety of issues including school, family, and death.

Shi Kyung faces all of these issues. There are times of freedom and joy, but there are also times of immense sadness. Watching him interact with the world and deal with these issues was very heartwarming. Seeing the world through his eyes was both entertaining and bittersweet. I was always rooting for him. 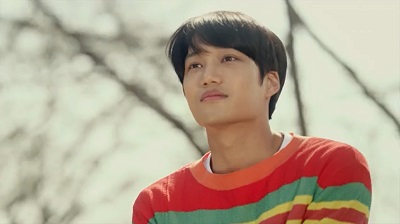 Overall, Andante is one of those dramas that will definitely make you think. It will make you think about how you are living your life and how are you helping those around you. Some of the topics are uncomfortable, but the drama is always hopeful in it’s presentation of how precious the relationships of friends, family, and even strangers are as well as  just how beautiful life is.