The Man Living in Our House Korean Drama Review 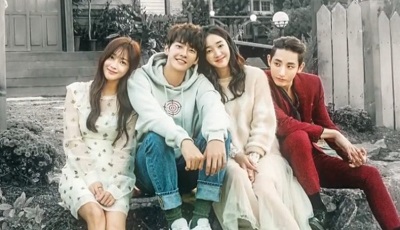 The Man Living in Our House (also known as Sweet Stranger and Me) is about a woman (Soo Ae) whose life becomes a lot more complicated when a man (Kim Young Kwang) the same age as her turns up claiming to be her late mother’s husband, making him her stepfather. She doesn’t believe him and then sets out on a mission to prove he is lying. 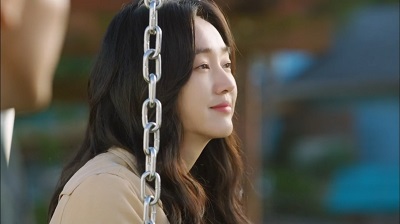 We have Soo Ae as Hong Na Ri. Na Ri is a kind and strong-willed woman whose world is turned upside down by our mystery man Go Nan Gil. She is frustrated by his secrecy concerning the situation and wants to discover the truth about him and his relationship with her mother.

Kim Young Kwang is our mystery man Go Nan Gil. He’s a man of many secrets trying to escape from his past. His journey to accomplish his goals is a hard fought one met with much opposition. 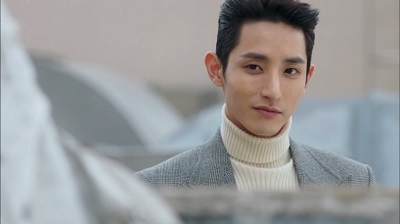 I tend to find that Lee Soo Hyuk just commands the screen when he is on, and he certainly did as Kwon Duk Bong. He’s our second lead (seriously, when is he going to be the main lead?!) who cares very much for Na Ri and does his best to help her. He is an interesting and multi-dimensional character who has plenty of his own issues to deal with.

We then have Na Ri’s long time boyfriend, Jo Dong Jin (Kim Ji Hoon). We find out early on that he has been cheating on Na Ri, and the two separate. Kim Ji Hoon is quite funny in this role, and I was really pleased to see him.

Jo Bo Ah plays Do Yeo Joo, the woman who stole Na Ri’s boyfriend. This girl compulsively lies to get what she wants, and she is a difficult character on many levels. I mostly found her annoying, but she does have her moments where we get a window into her life and insecurities. But this is a character who remains pretty stagnant throughout the drama. 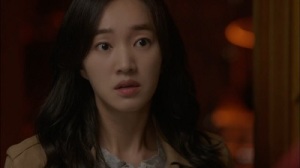 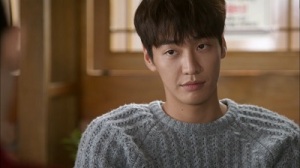 Okay, so The Man Living in Our House ended up being a big disappointment for me. Everything was there to make for a wonderful drama, but all of that potential just seemed to slip away.

The drama starts off very strong with a truly unique story line to set it apart. The characters are all interesting and engaging and nicely intertwined in each other’s lives. The quirky humor is a lot of fun too. It was exactly my style. The drama is also filmed in a way I love with a rich and beautiful color palette that made every scene lovely to look at. 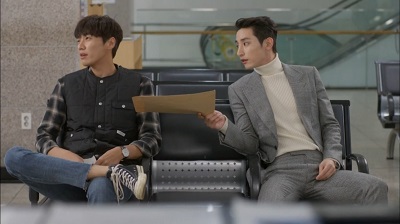 But here’s the problem: after the wonderful first few episodes, I found The Man Living in Our House became incredibly draggy. It was one of those times where there wasn’t anything inherently going wrong, but it just seemed to take its sweet time crawling from one event to another.

And this isn’t a case where I feel that it meant to do that. I have enjoyed slower paced dramas that really build a certain low key atmosphere that feels more like an art piece. But this drama just felt slow because I lost my connection with the characters and everything felt dragged out and pointless. And this dragginess worsened as the drama progressed until I finally entered a state of complete boredom. 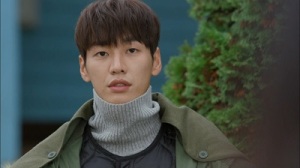 While Kim Young Kwang and Soo Ae both gave good performances, I found that their characters became so bland. They were just so uninteresting. And aside from a few instances at the beginning of the drama, I never felt their love story.

Things continued to feel bogged down with the constant talk of Dada Finance and land issues. The stakes for the characters were high, but I found that I really just didn’t care, and it seemed like the same issues were repeatedly being talked about with nothing getting accomplished.

Pretty much the only time I was really perking up was when Lee Soo Hyuk came on screen because 1) like a mentioned, he has a commanding presence and 2) I was genuinely interested in his character. And that was really all I found particularly enjoyable for the bulk of the drama. Maybe the drama should have been about him…

So in the end, the drama ended up being extremely boring. It lost its way early on and seemed to want to do to much while always focusing on the wrong things. While a lot of the things I enjoyed in the beginning were still there in a muted form, they just got buried in the monotony. Considering how wonderfully the drama started out, The Man Living in Our House was such a disappointment.