Here is the June edition of “Korean Dramas You Need to Be Watching.” This monthly series is meant to keep you updated on what’s happening in the world of Korean dramas so that you don’t miss out on anything!  June is giving us four new premieres with some big name actors.

Here are the kdramas you need to keep an eye out for in June 2016:

I’m always excited to see Park Shin Hye on my screen! She’s starring along with Kim Rae Won in what looks like a pretty great pairing.  While doctor dramas aren’t usually my thing, the entire cast for Doctors is very solid, and I’m hoping for a heartfelt story of redemption.

Doctors is about a tough young woman (Park Shine Hye) who was a bully in her past but with a little help is working to become a doctor.  Kim Rae Won will play a realistic and outgoing Chief of Neurosurgery who will be helping our troubled doctor.

Doctors is scheduled to premiere June 20 on SBS.

Beautiful Mind is about a super smart psychopath surgeon (Jang Hyuk) with a brain condition that leaves him emotionless.  When his patients mysteriously start dying, he begins to investigate and along the way, he learns to love. Also starring Park So Dam.

Beautiful Mind is scheduled to premiere June 20 on KBS.

Police Unit 38 comes from the writer of Bad Guys and tells the story of a special police task force that goes after tax evaders.  A group of cops and criminals will team up to catch the bad guys.  Starring Seo In Guk, Sooyoung, and Ma Dong Suk.

Police Unit 38 is scheduled to premiere June 17 on OCN.

Wanted is about a popular actress (Kim Ah Joong) who is forced to do “missions” on a live television show after her son is kidnapped in order to meet the kidnappers demands. She is helped by a violent crimes unit detective (Ji Hyun Woo) who is determined to solve the case and a TV producer (Uhm Tae Woong).

Wanted is scheduled to premiere June 22 on SBS. 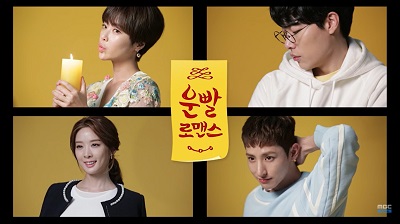 Lucky Romance is based on a webtoon about a quirky, superstitious girl (Hwang Jung Eum) who is obsessed with making sure she is lucky in life.  Then a fortune teller tells her she needs to sleep with a man with the tiger zodiac sign in order to ward off death.  That man ends up being her boss (Ryu Jun Yeol) who is her complete opposite.  He’s uptight, stingy, and scientific.  Of course, the two don’t get along at all, which sets up the already comical scenario.

6. Mirror of the Witch 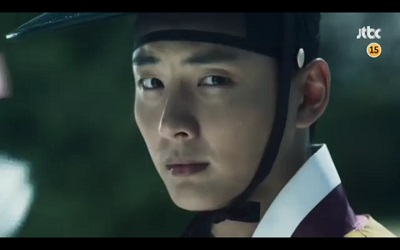 Mirror of the Witch (also known as Witch Bogam) is a fantasy romance sageuk about the Joseon royal physician (Yoon Shi Yoon) known as the father of Eastern medicine.  He becomes involved with a cursed princess (Kim Sae Ron) who has been turned into a witch.

Mirror of the Witch airs Friday and Saturday on JTBC. 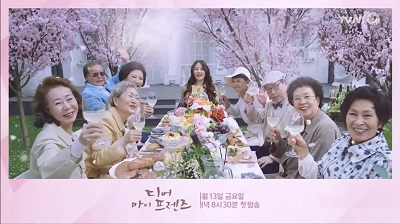 Dear My Friends airs Friday and Saturday on tvN.

Beautiful Gong Shim (also known as Beast’s Beauty) is a romantic comedy that tells the story of a man (Nam Goong Min) who has a difficult life.  He is a wrongly convicted ex-con turned human rights lawyer who also becomes a chaebol heir.  The drama follows the relationships of two cousins and two sisters and comes from the writer of Rooftop Prince and Girl Who Sees Smells. 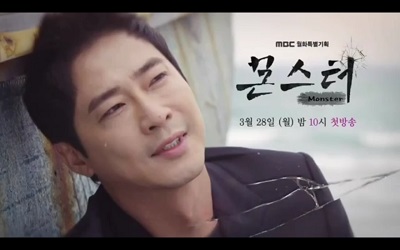 Monster is the story of a man’s (Kang Ji Hwan) revenge as he seeks to show the reality of the rich elite during the Asian Financial Crisis of 1997 that will take place over a 20 year period.  Monster comes from the writer of Giant, Incarnation of Money, and Empress Ki.

Master: God of Noodles is a revenge drama about a man (Chun Jung Myung) who becomes a master at making noodles in order to accomplish his revenge against the man who stole his life.

Master: God of Noodles airs Wednesday and Thursday on KBS.

AND SO YOU’RE UP TO DATE,
DRAMAS THAT WILL BE ENDING IN JUNE:

Daebak (Jackpot) tells the story of a prince (Jang Geun Suk) who is forced to live his life as a commoner, but becomes super skilled at a popular card game.  He then goes head to head with the King (Yeo Jin Gu) in an ultimate bet to reclaim his throne.

Entertainer is about a manager (Ji Sung) who was once in charge of the top entertainment agency in Korea, but now represents rookies in his own small agency.  As a group of rag-tag musicians is assembled, he learns what it really means to be a manager.  Also starring Hyeri, Kang Min Hyuk, and Chae Jung Ahn.

Oh Hae Young Again is a mistaken identity romance drama about two women (Seo Hyun Jin and Jeon Hye Bin) with the same name who work at the same company and a man (Eric Mun) with the ability to see the future.  Their lives get tangled up together when all they really want is to just get away from each other.  Of course, love blossoms along the way.

Vampire Detective is about a private detective (Lee Joon) who is turned into a vampire and tries to investigate the mysterious circumstances that led to his situation.

So June is giving us a medical suspense drama, a thriller, a story of redemption, and a comedy crime drama.  They all look pretty appealing!  And if you prefer romantic comedies or melodramas, we have several of them already underway.  So a little something for everyone 🙂

What dramas are you enjoying or looking forward to in June?

Make sure to get caught up because there are more dramas coming your way in July!