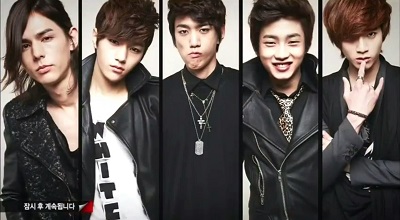 Shut Up Flower Boy Band (also known as Shut Up and Let’s Go) tells the story of a group of trouble-making students who make up the band Eye Candy. Their world becomes a bit more complicated when they end up attending a more elite school and clash with the rich kids and their band.  We then follow the ups and downs of Eye Candy on their rise to fame.

Ah, Shut Up Flower Boy Band. I initially had high hopes for this drama because of all of the high praises I read from drama fans. But sadly, I really didn’t like it.  I apologize in advance to those of you who love this drama, but it just didn’t click with me.

I actually started this drama two years ago and ended up dropping it after episode 7 because I found it so boring.  I’ll elaborate as to what motivated me to pick it back up in just a bit.

While overall I really didn’t care for the drama, there were actually a couple things I did like.  Let’s look at how the drama progressed for me.

So I really liked the first two episodes of the drama. We meet the guys in our band and learn about their lives and their band Eye Candy.  But what I loved was the leader of the group, Byung Hee (Lee Min Ki).  This is guy is weird!.  He’s so animated and comes off a bit crazy, but he seems like such a fun guy.  He commanded the screen when he was on, and I was always curious just what exactly was he going to do and say next.

Of course, there’s lots of bromance going on in Shut Up Flower Boy Band, but the first two episodes give a nice display of Byung Hee and Ji Hyuk’s (Sung Joon) relationship.  Byung Hee is so gung-ho and out there while Ji Hyuk acts as sort of a grounding presence in the relationship.  It was nice. 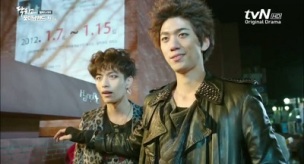 This isn’t exactly a big spoiler since it was pretty well known that Lee Min Ki would only be in two episodes, but basically, his character Byung Hee dies.  You know all of those times in dramas where someone almost gets hit by bus, but someone saves them just in time?  Well, that doesn’t happen here.  Byung Hee does get hit by a bus, and he dies.  And for me, the drama died with him.

In episode three, I definitely mourned his loss with the rest of his friends.  Of course, they are devastated by the death of their leader.  The sadness was tangible as they carried around a picture of Byung Hee like he was still part of the group.  I certainly felt the void.  But that’s where things fell apart for me. 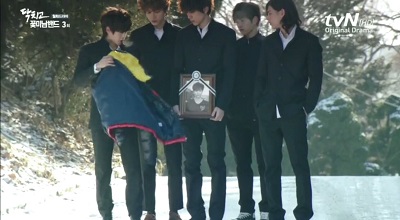 Now I do agree with many fans in that Byung Hee had to die so that Sung Joon’s character Ji Hyuk could step into the lead role.  He was the lead of the drama after all, and with Byung Hee around, there was just no way for Ji Hyuk to outshine him.

But it felt like the life was sucked out of the drama when Byung Hee died.  I found all of the other guys extremely boring.  I was still with them at first as they mourned his loss, but then they return to their cool, nonchalant kind of attitude.  And well, the acting is a little rough too.  It wasn’t a good combination.  I just felt so little emotion from them.  And the story just seemed to crawl along.

So after episode 7, I made the difficult decision to drop the drama.  And believe me, it was a difficult decision.  I still dislike dropping dramas to this day, and this was one of the earliest dramas I ever dropped.

I just watched the drama Madame Antoine and loved it.  It’s the first time I have enjoyed Sung Joon in a drama and developed a new appreciation for his talent.  Wanting to check out some other dramas of his, I figured why not revisit that drama Shut Up Flower Boy Band?  So there’s the motivation. 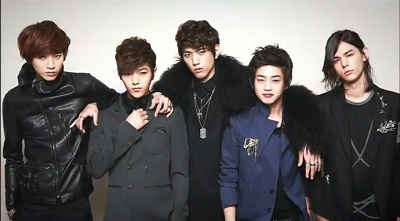 I was hoping I would pick it back up and be like “Why on earth did I drop this?  It’s amazing!”

Well, that didn’t happen.  It was still really boring, lol.  The guys were still boring.  The story still crept along.  Yeah, it wasn’t good.

But it wasn’t a total loss.  The first thing I noticed when coming back to the drama after such a long time was that Sung Joon wasn’t quite as bad as I remembered.  While I still found him stiff and boring, I think a lot of it was just his character.  The other guys are similar too.

But I was now actually able to see that despite these things, Sung Joon was definitely the best actor of the group.  Nothing earth shattering, but he has much more depth and was much more engaging than the others.  So that was nice to see. 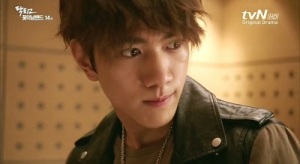 Also, to my surprise, the drama actually got quite a bit better for me around episode 12.  Is it strange that it got a lot more interesting when the guys fame started to fracture their friendship and they didn’t get along anymore?  Well, for me, it was like there was suddenly this intensity that came out of no where and livened things up.

I suddenly noticed L’s character Hyun Soo too.  He’s a bit rash and wants to get ahead, but he struggles with problems at home and his relationship with the band.  Ultimately, he leaves the group which creates quite a rift with all of the guys.  I definitely perked up for this story arc.

The fact that Ji Hyuk puts his relationship with his girlfriend Soo Ah (Jo Bo Ah) above the guys is also a major stressor for the group.  Their relationship was sweet enough, but it was never something I fully got on board with.  I even found it to be on the boring side.

Kyung Jong (Kim Min Suk), Ha Jin (Yoo Min Kyu), and Do Il (Lee Hyun Jae) kind of continue to blend into the background with each having a little moment here and there to shine.

So despite a decent opening and closing, I’ll mostly remember just being bored during Shut Up Flower Boy Band.  But a lot of people absolutely love this drama.  So there’s a good chance you may too.

It has a certain indy vibe that is very different and you may find refreshing.  If you like bromances, there’s a lot of it.  It also explores themes of friendship, loss, and fame on a deep level.  The soundtrack is pretty good too.  I actually quite like Sung Joon’s singing voice.  Hopefully, you like the main song, because they play it to death.

So this in another one of those times that despite my dislike for the drama, with such an enormous and dedicated fan base, I would definitely say give it a shot and judge for yourself whether it’s your kind of drama or not. 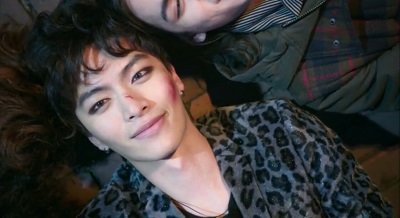 Ah, Shut Up Flower Boy Band…what could you have been if Byung Hee wouldn’t have died?  I guess we’ll never know.