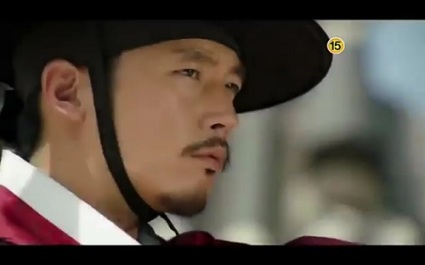 Tree With Deep Roots tells the story of King Se Jong (Han Suk Kyu) and his quest to develop a writing system for his country and people.  Before Se Jong became king, he tried to protect his family and their slaves from his father, but he is tricked and accidentally initiates a set of events that causes all of their deaths. But two children survive, Ddol Bok and Dam.  Sadly, the two are separated from each other.  Dam ends up raised as a servant in the palace while Ddol Bok sets out on a quest for revenge against Se Jong for causing everyone’s death.

I kind of have mixed feelings about this drama.  I’ll start off by saying Tree With Deep Roots truly is a wonderfully written, brilliantly acted, and beautifully shot drama.  There is also an intricate conspiracy layered throughout the entire drama.  It is extremely easy to see why Tree With Deeps Roots is so highly regarded.  That being said, not all of it was quite to my drama tastes. 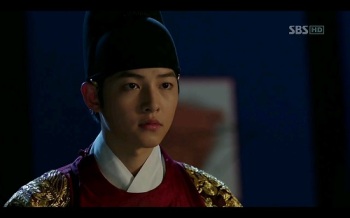 The first few episodes were exactly my style with interesting characters all around.  I couldn’t help but root for them and want them to overcome their struggles.  And my goodness, Song Joong Ki was brilliant as the young Prince Se Jong.  His intensity was amazing, and I was completely glued to the screen and overcome with emotion when he was present.  Those first few episodes were so thrilling and intriguing.  Sageuk perfection. 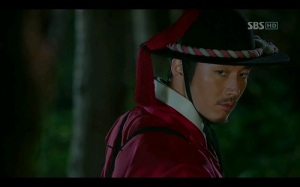 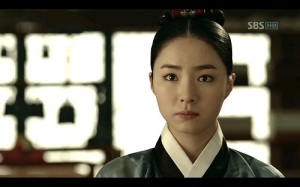 Then our characters all age 20 years or so.  Of course, I loved the introduction of Jang Hyuk as Ddol Bok and Shin Se Kyung as Dam.  I adore both actors, and they completely nailed their roles.  But I would have enjoyed their individual stories getting more screen time.  Instead the focus primarily shifts to the now King Se Jong and the conspiracy surrounding him.  He was on a quest to create a writing system for his people, but a certain group was adamant about preventing him from having too much power.  I will say that Han Suk Kyu did put forth a captivating performance as the King. 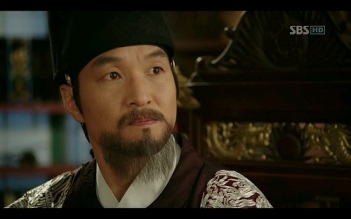 We learn about Hidden Root, the secret society trying to limit the King’s power.  Yoon Je Hoon was fascinating as the head of the group.  We also get to see Lee Soo Hyuk (who I recently took a liking to in Scholar Who Walks the Night) in a nice supporting role as Yoon Pyung, another member of the group. 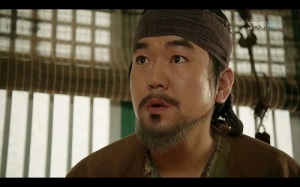 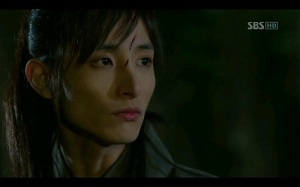 As I said above, everything was well executed even at this point.  For me, the conspiracy and political struggle just ended up being a bit too much of the focus.  I just prefer sageuks that aren’t heavy on that sort of thing.  I like to focus primarily on the characters, emotions, and relationships.  Of course, you need backstory to push things along, I just prefer it to further our characters, not overshadow them.

So the present story line ended up dragging a fair amount for me.  There was a point about 2/3 of the way into the drama where I became more engaged again as the focus shifted more towards Ddol Bok and Dam. 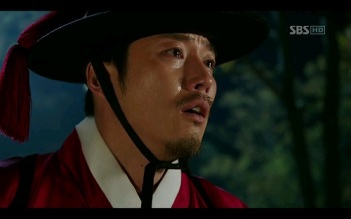 I always have to highlight Jang Hyuk who was phenomenal as usual.  He was intense, and he delivered the emotional punches when needed.  I have a certain problem where every time Jang Hyuk cries, I cry too.  It just can’t be helped.

Shin Se Kyung also put on a wonderful performance, and I really was able to connect with her character and her passion for helping the King. 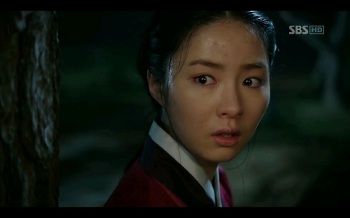 Also, as the king’s writing system project comes to a head, I felt so moved and inspired by this magnificent creation of the written language.  Although this is a fictionalized telling of the events that occurred in the making of the Hangul language, it really highlights what an amazing feat is was.

Although it certainly had some wonderful moments, in the end, Tree with Deep Roots wasn’t quite to my tastes, but even I could see what a marvelous drama it is.  So if you love sageuks with conspiracies and political intrigue, definitely check this one out.

I’ll give two ratings on this drama.  A more objective rating would be 8/10.  My personal rating is below.